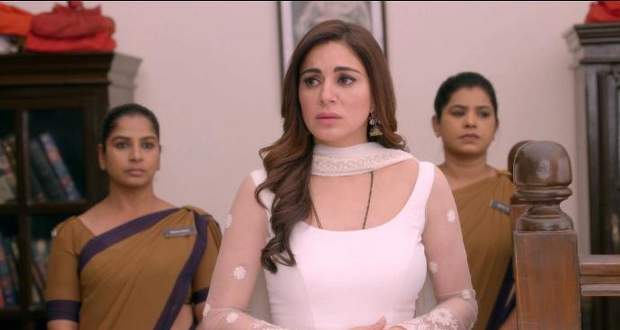 Kundali Bhagya Latest Spoiler: Preeta to be found guilty in the case

In the upcoming episodes of Kundali Bhagya serial, the judge will announce that all the proofs point against Preeta and therefore she is guilty.

So far in Kundaly Bhagya story, Preeta is trapped in a false case by Mahira and Sherlyn. Meanwhile, Karan has made a deal with Mahira to save Preeta and in exchange has agreed to marry her.

Now as per the spoiler twists of Kundly Bhagya serial, Karan will not be able to reach on time as Mahira would get kidnapped by some goons.

Later, Mahira’s lawyer will say that all the proofs are against Preeta and she should get harsh punishment. The judge will soon announce that Preeta is found guilty according to the gossip news of Kundali Bhagya serial.

© Copyright tellybest.com, 2018 & 2019. All Rights Reserved. Unauthorized use and/or duplication of this material without written permission from tellybest.com is strictly prohibited.
Cached Saved on: Friday 29th of May 2020 04:51:50 PM