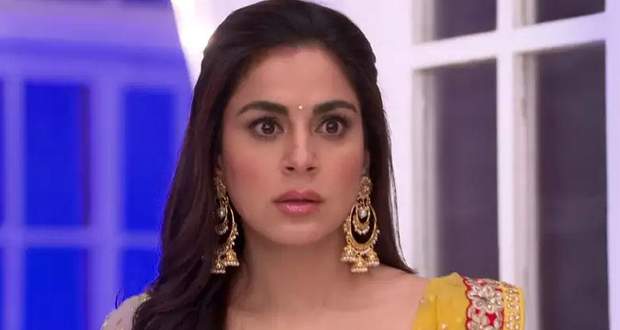 In the upcoming episodes of Kundali Bhagya serial, Mahira will be admitted to the hospital after getting injured and Sherlyn will blame Preeta for causing the accident.

So far in Kundaly Bhagya story, Preeta is staying at Luthra house to take care of Dadi. She is also trying to stay close to Karan while Mahira is jealous of their closeness.

She also plans to kill Preeta by causing her accident but falls prey to her own ploy.

Now as per the spoiler twists of Kundly Bhagya serial, Mahira will get injured in the accident and will be admitted to the hospital.

Sherlyn will play the eyewitness and will accuse Preeta of being responsible for the accident of Mahira. She will clearly state that Preeta pushed Mahira in front of the car.

Preeta will try to explain her part but will eventually get arrested according to the gossip news of Kundali Bhagya serial.

© Copyright tellybest.com, 2018 & 2019. All Rights Reserved. Unauthorized use and/or duplication of this material without written permission from tellybest.com is strictly prohibited.
Cached Saved on: Saturday 6th of June 2020 09:49:38 PMCached Disp on: Thursday 2nd of July 2020 03:16:55 PM