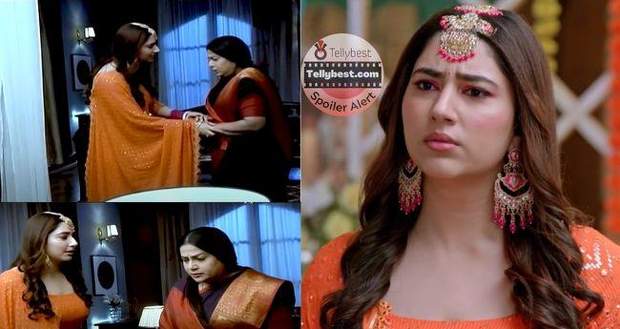 In the upcoming story of Bade Acche Lagte Hain 2, Priya will find out that Swati is alive and Lakhan is Ram's brother.

So far in the story of BALH2, Nandini has been threatening Swati to keep her identity hidden if she wants to see Ram hale and hearty.

Meanwhile, Lakhan is planning to elope with Avni.

As per the spoilers of the serial Bade Acche Lage Hain 2, Priya will see the lady under the veil is none other than Ram's mother Swati who everyone assumed dead.

Priya follows Swati and asks her why she hid her identity.

However, when Swati denies revealing anything, Priya says that Ram will soon find Lakhan and put him in jail for harming Avni's dignity.

In the upcoming twists of BALH 2, fearing for the life of Lakhan, Swati reveals to Priya that Ram will not harm Lakhan as he is his younger brother.

However, Swati does not tell Priya anything related to Nandini and how she is blackmailing her.

Let us see how Priya brings Ram closer to Swati and Lakhan taking the story towards the leap in the future episodes of BALH2.