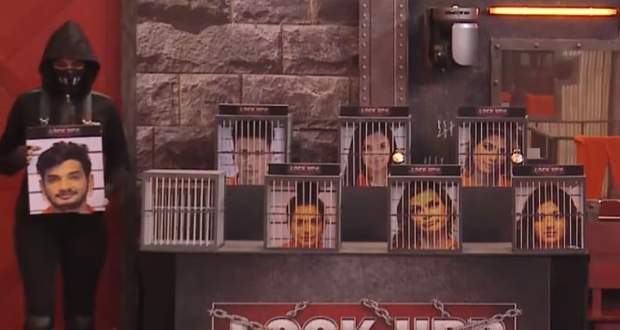 In the latest episode of Lock Upp, except Anjali, Azma, and Shivam, the remaining contestants were given an opportunity to save themselves from the charge sheet.

The audience and the contestants were thrilled to find out about an escape room in the jail which was never been revealed before.

The first three contestants who'll reach there had to compete against each other.

Munawar, Saisha, and Poonam made it to the room.

However, Saisha and Poonam did not play the task with trust in Munawar and ended up losing to him.

Unable to accept her defeat, Poonam accuses Saisha and Munawar of teaming up.

Further, after Saisha gets defeated by Munawar, she blames him for distracting her.

The viewers and other contestants enjoy watching Munawar's happy dance as he has entered the finale week safely.

Surely, there will be a rift between Poonam and Saisha for a while however, Munawar never fails to patch up with his buddies.

Let us see how will Munawar's safety bring change in his gameplay in the upcoming episodes of Lock Upp.

© Copyright tellybest.com, 2022, 2023. All Rights Reserved. Unauthorized use and/or duplication of any material from tellybest.com without written permission is strictly prohibited.
Cached Saved on: Wednesday 25th of January 2023 03:50:47 PMCached Disp on: Thursday 9th of February 2023 05:06:11 AM