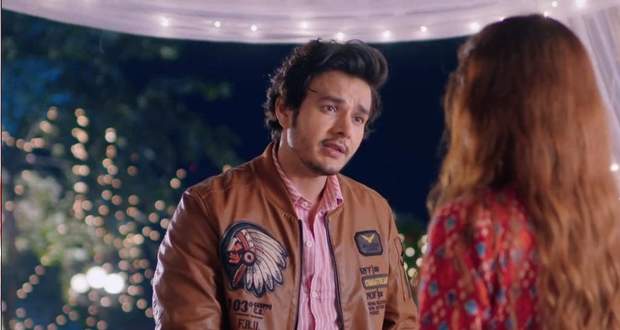 In the upcoming episodes of Star Plus’s Lockdown Ki Love Story serial, Raghav will help Sonam by providing her with the evidence for her innocence.

So far in LKLS, Sonam performed Vrat for Dhruv but Nutan and Milky tried their best to not let Sonam perform the Puja along with other ladies.

Meanwhile, Dhruv asked Sonam to prove herself innocent in one week of time otherwise she has to go back to Mumbai.

Now based on the serial spoiler of Lockdown Ki Love Story, Dhruv’s cousin brother Raghav will make a shocking entry in Jaiswal house, while Dhruv will get into a fight with him.

Later, Raghav will show the video of Milky’s mother to Sonam confessing the truth about Milky’s marriage.

He will further put a condition in front of Sonam to get the evidence for her innocence according to the latest twist of Lock Down Ki Love Story serial.

Let’s see if Sonam will fulfil Raghav’s condition or not in the future story of Lockdown Ki Love Story serial.

© Copyright tellybest.com, 2020, 2021. All Rights Reserved. Unauthorized use and/or duplication of any material from tellybest.com without written permission is strictly prohibited.
Cached Saved on: Thursday 28th of January 2021 01:54:52 PM