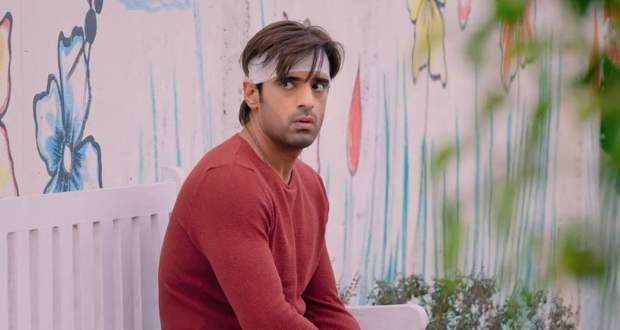 In the forthcoming episodes of Lockdown Ki Love Story serial, Dhruv will suffer from a head injury and will start behaving like a child.

Up until now in Lockdown Ki Love Story, Sonam tried to kill Raghav by shooting him but failed when she found out that he wore a bulletproof vest.

Further, he shot Sonam but Dhruv saved her and took the bullet instead after which he was hospitalised. Nutan blamed Sonam and told her to stay away from Dhruv.

Now as per the gossip twists of Lockdown Ki Love Story serial, Dhruv's mental health will get damaged as he will start behaving like a child.

Further, the doctors will tell the Jaiswal family to not stress him while Sonam will approach Dhruv by behaving like a small girl according to the future spoilers of LKLS serial.

With Dhruv in a child-like state, let's see how will Sonam help him in the future episodes of Lockdown Ki Love Story.

© Copyright tellybest.com, 2022, 2023. All Rights Reserved. Unauthorized use and/or duplication of any material from tellybest.com without written permission is strictly prohibited.
Cached Saved on: Wednesday 25th of January 2023 12:41:48 PMCached Disp on: Monday 6th of February 2023 01:34:51 AM