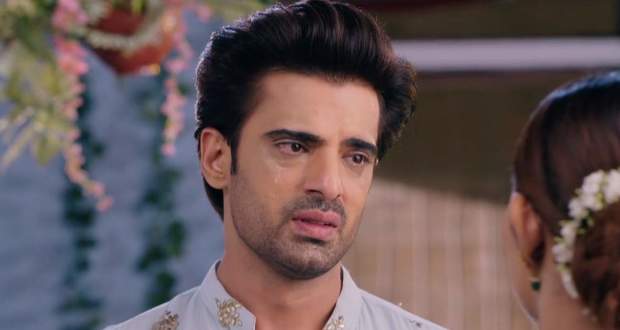 In the upcoming episodes of Star Plus’s Lockdown Ki Love Story serial, Dhruv will ask Sonam to prove herself innocent in one week of time.

So far in LKLS, Shashikant asked his family members to vote if they want to let Sonam live at their house, while Sonam won with maximum votes and stayed at the Jaiswal house.

Meanwhile, Sonam performed fast for Dhruv but Nutan and Milky opposed to Sonam’s decision as she is not Dhruv’s wife.

Now based on the serial spoilers of Lockdown Ki Love Story, Sonam will tell the incident of her wedding day to Dhruv, while Dhruv will ask her to prove herself innocent in one week of time.

He will put a condition in front of Sonam that if she will not be able to prove herself innocent then she has to go back to Mumbai.

Further, Sonam will accept Dhruv’s condition and will plan to collect evidence according to the latest twist of Lock Down Ki Love Story serial.

Let’s see if Sonam will be proved innocent in the future story of Lockdown Ki Love Story serial.

© Copyright tellybest.com, 2020, 2021. All Rights Reserved. Unauthorized use and/or duplication of any material from tellybest.com without written permission is strictly prohibited.
Cached Saved on: Sunday 9th of May 2021 09:59:19 PM