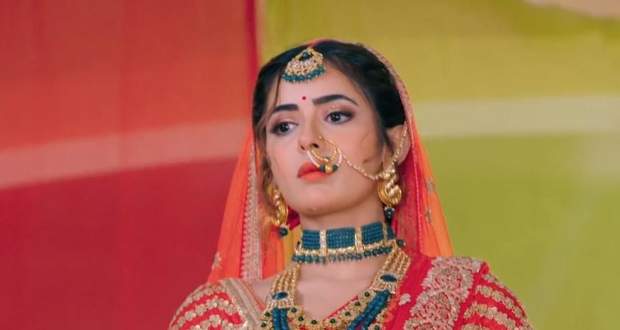 Lockdown Ki Love Story Spoiler: Sonam to run away from her marriage with Dhruv

In the forthcoming episodes of Lockdown Ki Love Story serial, Sonam will run away from her marriage with Dhruv while Raghav's mother will reveal his plans to the Jaiswal family.

Up until now in Lockdown Ki Love Story story, Sonam and Dhruv were spending a romantic night at the terrace while Police came to their house inquiring about the girl with girl.

Later, Police went after Sonam to catch her but she managed to hide and came back to Jaiswal house.

Now as per the spoiler alerts of Lockdown Ki Love Story, Sonam and Dhruv will get ready for their marriage but Sonam will run away from there.

Further, Raghav's mother will come to Jaiswal house and will reveal his plan to Dhruv telling him to save Sonam according to the serial gossips of LKLS serial.

After learning Raghav's plan, let's see what will Dhruv do next in the future story of Lockdown Ki Love Story.

© Copyright tellybest.com, 2020, 2021. All Rights Reserved. Unauthorized use and/or duplication of any material from tellybest.com without written permission is strictly prohibited.
Cached Saved on: Friday 22nd of January 2021 07:59:58 PMCached Disp on: Tuesday 26th of January 2021 05:02:58 AM