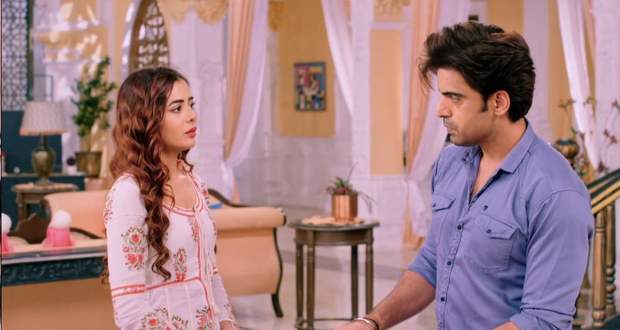 In the upcoming episodes of Lockdown Ki Love Story serial, Sonam will decide to take help from Dhruv.

Up until now in LKLS, Dhruv challenged Sonam to prove herself innocent in one week of time, while Raghav’s shocking entry gave a huge shock to Jaiswal family.

Later, Raghav showed the evidence to Sonam for her innocence and Sonam requested him to help him.

Now as per the future twists of Lockdown Ki Love Story, Raghav will call Sonam to his place to get the evidence.

Meanwhile, Sonam will talk to her mother about Raghav and she will ask Sonam to take help from Dhruv.

Further, Dhruv’s family will taunt Sonam for taking advantage of Dhruv to collect the evidence according to the latest spoiler of Lock Down Ki Love Story serial.

Let’s see if Sonam will be able to find the evidence in the future story of Lockdown Ki Love Story serial.

© Copyright tellybest.com, 2020, 2021. All Rights Reserved. Unauthorized use and/or duplication of any material from tellybest.com without written permission is strictly prohibited.
Cached Saved on: Sunday 9th of May 2021 10:13:25 PM