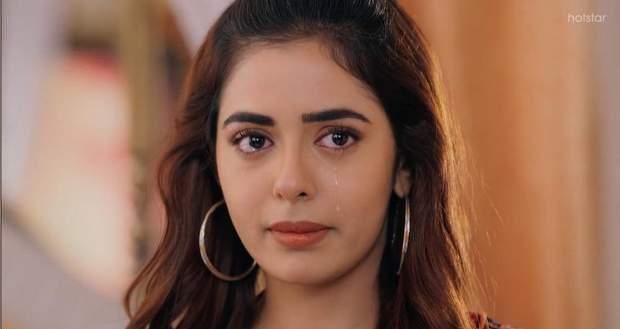 In the upcoming episodes of Lockdown Ki Love Story serial, Sonam will decide to leave Dhruv’s life to save his family.

So far in LKLS, Milky tried to commit suicide by setting herself on fire to stop Dhruv from getting married to Sonam.

Meanwhile, Milky filed an FIR against her in-laws for trying to kill her for dowry, while the police arrested Nutan, Sheetal and Shashikant.

Now as per the serial spoiler of Lockdown Ki Love Story, police will arrest Dhruv’s elder brother and will take him into the police custody.

Dhruv will be shocked to learn about all of his family member arrest, while Sonam will decide to leave Dhruv’s life.

She will further inform her mother about her idea to save Dhruv’s family according to the recent twist of Lock Down Ki Love Story serial.

Let’s see if Sonam’s decision will save Dhruv’s family or not in the future story of Lockdown Ki Love Story serial.

© Copyright tellybest.com, 2020, 2021. All Rights Reserved. Unauthorized use and/or duplication of any material from tellybest.com without written permission is strictly prohibited.
Cached Saved on: Thursday 28th of January 2021 07:22:03 PM