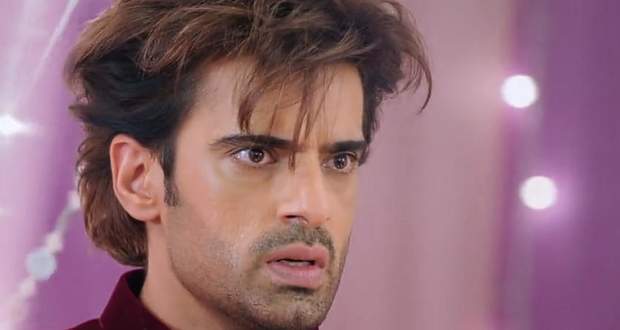 In the forthcoming episodes of Lockdown Ki Love Story serial, Dhruv will save Sonam from getting shot by coming in-between Sonam and the bullet.

So far in Lockdown Ki Love Story story, Sumitra got herself out and rushed to Jaiswal house where she informed Dhruv that Sonam is going to marry Raghav.

Meanwhile, Sonam reached the wedding venue of her and Raghav's marriage and shot Raghav which shocked him.

Now as per the spoiler alerts of LKLS serial, Sonam will be shocked to see Raghav alright and he will reveal that he's wearing a bulletproof vest underneath while Dhruv and his family arrived there.

Further, Raghav will shoot Sonam but Dhruv will save her and will get shot instead according to the serial gossips of Lockdown Ki Love Story serial.

With Dhruv getting shot, let's see what will Sonam do next in the future story of Lockdown Ki Love Story.

© Copyright tellybest.com, 2020, 2021. All Rights Reserved. Unauthorized use and/or duplication of any material from tellybest.com without written permission is strictly prohibited.
Cached Saved on: Sunday 24th of January 2021 09:31:03 PM