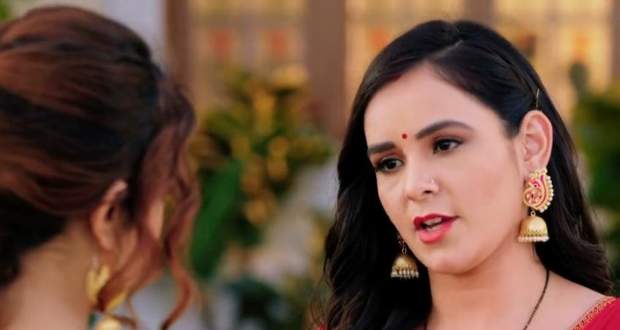 In the forthcoming episodes of Lockdown Ki Love Story serial, Milky will give Sonam a deadline to leave Dhruv and to marry Raghav Jaiswal.

Up until now in Lockdown Ki Love Story, Milky made a deal with Sonam to release Dhruv's parents if she marries Raghav Jaiswal.

Sonam accepted the deal and planned to shoot Raghav at the alter.

Now as per the spoiler alerts of LKLS serial, Milky will withdraw her case against Dhruv's parents after which he will bring them home.

Further, Milky will bring Sonam aside and will tell her that she will have to marry Raghav in 5 days according to the gossip twists of Lockdown Ki Lovestory.

Being trapped in Milky's deal, let's see what step Sonam takes next in the upcoming story of Lockdown Ki Love Story serial.

© Copyright tellybest.com, 2020, 2021. All Rights Reserved. Unauthorized use and/or duplication of any material from tellybest.com without written permission is strictly prohibited.
Cached Saved on: Friday 30th of July 2021 12:02:56 PM