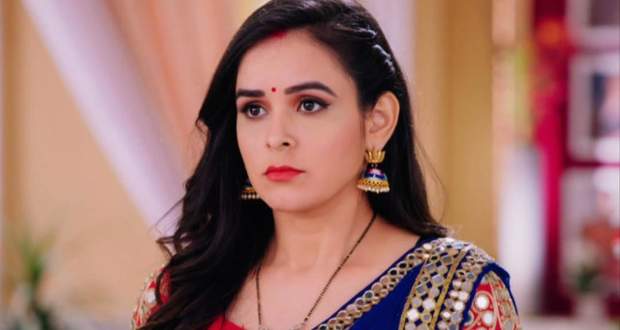 In the upcoming episodes of Lockdown Ki Love Story, Milky will withdraw her case against Dhruv's parents and will pressure Sonam to marry Raghav.

So far in Lockdown Ki Love Story plot, Milky put forth a condition to Sonam of marrying Raghav if she wants to free Raghav's parents from jail.

Further, Sonam agreed to her conditions and planned to kill Raghav on their wedding day.

Now as per the spoiler alerts of Lockdown Ki Love Story, Milky will suddenly withdraw her case against Dhruv's parents which will shock the Jaiswal family.

Further, Milky will insult Dhruv and will later tell Sonam to marry Raghav and get out of there according to the gossip twists of LKLS serial.

With Milky completing her part of the deal, let's see if Sonam does her part by marrying Raghav in the upcoming story of Lockdown Ki Love Story.

© Copyright tellybest.com, 2020, 2021. All Rights Reserved. Unauthorized use and/or duplication of any material from tellybest.com without written permission is strictly prohibited.
Cached Saved on: Saturday 31st of July 2021 08:23:30 AMCached Disp on: Sunday 1st of August 2021 05:37:22 AM