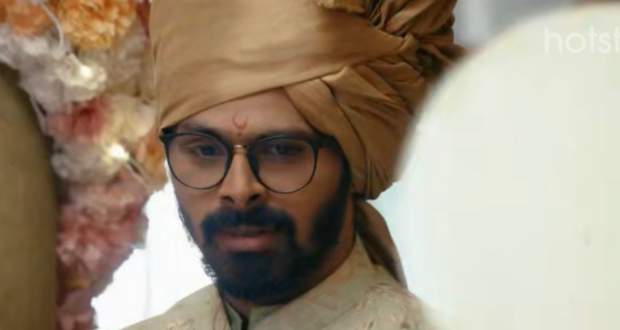 In the upcoming Mehndi Hai Rachne Wali episodes, Mandar will mix poison in the Kheer made by Pallavi for Raghav.

So far in the MHRW story, Mandar is trying to separate Pallavi and Raghav and wants Pallavi back in his life.

Further, Pallavi got upset with Raghav for putting a tracker in her purse and not trusting her.

Now as per the spoilers of Mehendi Hai Rachne Waali serial, Pallavi will make a special Kheer for Raghav while Mandar will learn about the same.

Mandar will put poison in Pallavi’s Kheer made for Raghav while Pallavi will be about to feed the same Kheer to Raghav according to the upcoming twists of MHRW serial.

Let’s see if Raghav eats the Kheer or not in the upcoming story of Mehndi Hai Rachne Waali serial.

© Copyright tellybest.com, 2020, 2021. All Rights Reserved. Unauthorized use and/or duplication of any material from tellybest.com without written permission is strictly prohibited.
Cached Saved on: Wednesday 13th of October 2021 01:43:59 PMCached Disp on: Thursday 21st of October 2021 08:49:32 PM