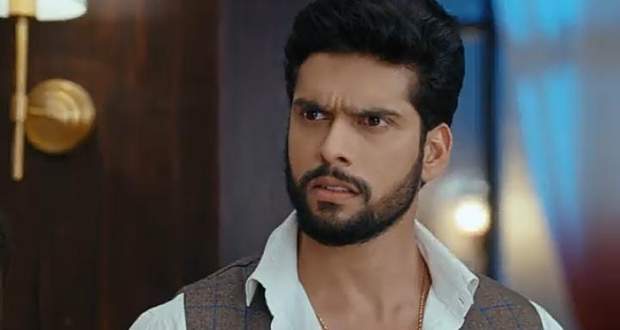 In the upcoming Mehendi Hai Rachne Wali serial episodes, Sunny will reveal to Pallavi that Raghav smuggles diamonds from out of India and is a smuggler.

So far in Mehendi Hai Rachne Wali's story, Kirtu apologized to Raghav and Jaya for marrying Sunny without their permission and thanked Pallavi for letting her go.

Further, Raghav and Jaya thought that Pallavi helped Kirti escape and blamed her while she tried to explain her situation to them.

Now as per the upcoming story of MHRW, everyone will be celebrating Ganesh Chaturthi while Sunny will reveal to Pallavi that Raghav doesn't pay the customs tax for the diamonds he gets from out of India.

Further, he will call Raghav a smuggler while Pallavi will refuse to believe him and will decide to confront Raghav, according to the spoilers of MHRW.

Let's see what will Pallavi do upon finding of Raghav's truth in the upcoming twists of Mehendi Hai Rachne Wali.