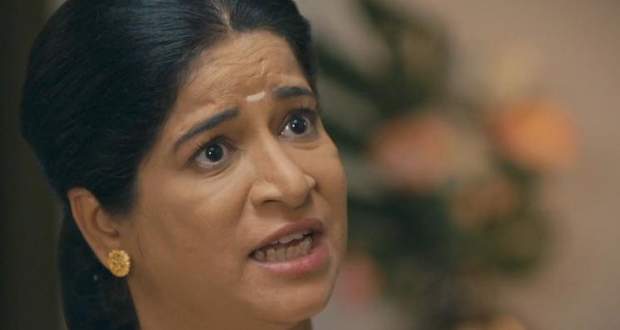 In the upcoming episodes of the Mehendi Hai Rachne Wali serial, Jaya (Geeta Tyagi) will advise Raghav (Sai Ketan Rao) to apologise to Pallavi (Shivangi Khedakar) and told make amends with her.

Up until now in Mehndi Hai Rachne Waali story, Raghav told the Deshmukh family that Pallavi is innocent and Sulochana is the one to blame but Vijay refused to believe him and insulted him.

Further, in the recent episode of Mehendi Hai Rachne Wali, Pallavi slapped Raghav for speaking ill about the Deshmukh family and had an emotional breakdown.

Now as per the upcoming twists of Mehndi Hai Rachne Wali, Raghav will try to seek reassurance from Farhad that he is not evil but Farhad will tell him that he is evil that people perceive him to be.

Later, Jaya will talk to Raghav will advise him to rectify his mistakes and apologise to Pallavi.

Let's see what will Raghav do next in the upcoming story of Mehndi Hai Rachne Waali serial.