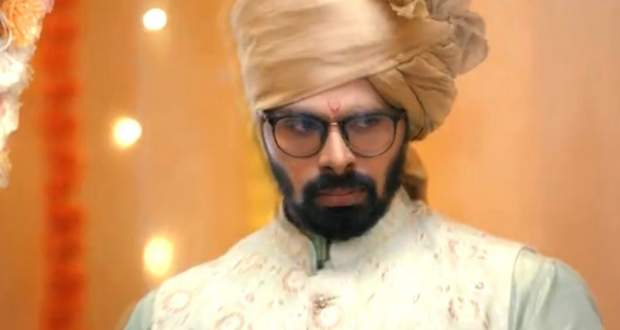 In the upcoming Mehndi Hai Rachne Wali episodes, Mandar will make Pallavi unconscious and will take her to a room.

So far in the MHRW serial story, Mandar is back and wants to separate Raghav and Pallavi.

Further, he mixes drugs in the Kheer that Pallavi makes for Raghav.

Now as per the serial gossips of Mehndi Hai Rachne Waali, Mandar will make Pallavi unconscious and will take her alone in a room.

Further, Raghav will start searching for Pallavi and will get worried according to the upcoming twists of the MHRW serial.

Let’s see if Raghav is able to save Pallavi in the upcoming story of the Mehndi Hai Rachne Waali (MHRW) serial.

© Copyright tellybest.com, 2020, 2021. All Rights Reserved. Unauthorized use and/or duplication of any material from tellybest.com without written permission is strictly prohibited.
Cached Saved on: Wednesday 22nd of September 2021 10:39:18 PM