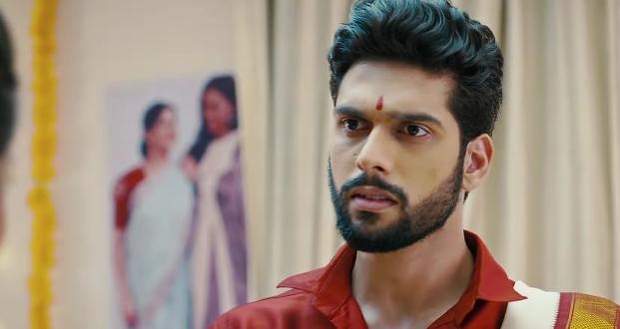 Star Plus channel has recently released a new promo for their popular show Mehndi Hai Rachne Wali which is going to bring in lots of drama.

The current story of Mehendi Hai Rachne Waali's serial revolves around Pallavi and Raghav clearing their misunderstandings and her standing up for him in front of her family.

Further, they have gotten closer to each other while Kirti still blames Raghav for Sunny's disappearance.

Now, the latest promo for Mehndi Hai Rachne Wali (MHRW) shows Raghav and the family preparing for the special Vrat while Jaya tells him that he will have to grant Pallavi's one wish after breaking the case.

Pallavi will come there with a serious face and will tell him that she wishes to know only one thing and that is if he killed her first husband, Mandar or not.

She will ask him if he is the reason for her becoming a widow right after her marriage shocking everyone.

Let's see what new twists will this bring in the upcoming episodes of the Mehndi Hai Rachne Wali serial.

© Copyright tellybest.com, 2020, 2021. All Rights Reserved. Unauthorized use and/or duplication of any material from tellybest.com without written permission is strictly prohibited.
Cached Saved on: Monday 17th of January 2022 09:16:52 AM