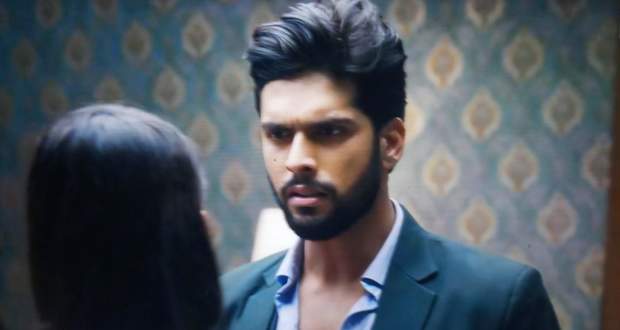 In the upcoming episodes of Mehendi Hai Rachne Wali serial, Raghav (Sai Ketan Rao) will apologise to Pallavi (Shivangi Khedkar) for ruining her life while she will have an emotional breakdown.

Up until now in Mehndi Hai Rachne Wali story, Raghav had an anxiety attack thinking about how he falsely accused Pallavi due to a misunderstanding created by Sulochana.

Meanwhile, in the recent episode of MHRW, Raghav went to Deshmukh house to expose Sulochana but Sulochana had already manipulated the family.

Now as per the spoilers of Mehendi Hai Rachne Wali, Raghav will apologize to Pallavi for ruining her reputation due to a misunderstanding while she will have an emotional breakdown and will tell him to kill her.

Further, he will go to Pallavi's room but will get stunned to see a shocking sight and will shout Pallavi's name.

© Copyright tellybest.com, 2020, 2021. All Rights Reserved. Unauthorized use and/or duplication of any material from tellybest.com without written permission is strictly prohibited.
Cached Saved on: Monday 3rd of October 2022 07:17:38 PMCached Disp on: Friday 7th of October 2022 02:49:40 PM