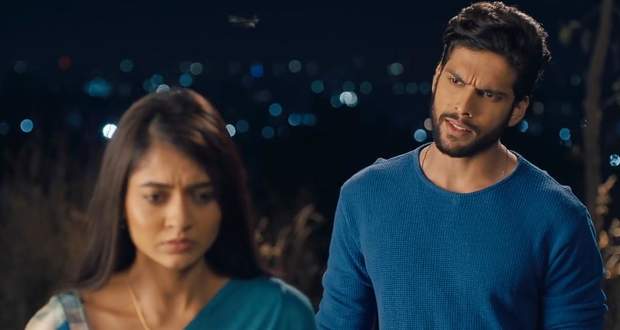 Up until now in Mehendi Hai Rachne Wali story, Raghav enters Pallavi’s house unknowingly while following Akash as he saw him with Kirti.

Meanwhile, Pallavi warns Raghav not to create a mess as it is an engagement ceremony. Vijay talks in a rude tone with Raghav as he didn’t like Raghav’s behavior towards Pallavi.

Later, Pallavi and Raghav will be seen dancing on a Telugu song. Few waiters stare at Pallavi as her blouse hook was detached. Raghav notices it and follows Pallavi to tell her and fix it.

In between, Rahul’s mother doesn’t like Pallavi’s involvement in the ceremony as she is a widow.

Now as per the latest story of Mehendi Hai Rachne Wali, Rahul’s mother will see Pallavi and Raghav together in the room where Raghav will come closer to Pallavi.

Later Sulochana will humiliate Pallavi for her behavior according to the gossip alert of Mehendi Hai Rachne Wali.