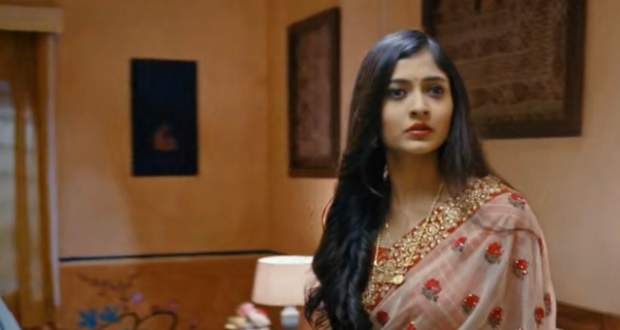 In the upcoming Mehndi Hai Rachne Wali (MHRW) episodes, Pallavi will get shocked to see Raghav outside Deshmukh house while Sharda will realise that Mandar has not lost his memory.

So far in Mehendi Hai Rachne Waali story, Mandar wanted to separate Raghav and Pallavi and is doing drama of memory loss.

Further, Pallavi was intoxicated by Mandar while Raghav reached on time to save her.

Now as per the serial gossips of Mehndi Hai Rachne Waali, Pallavi will be late for Raghav’s award function and will get shocked to see him outside Deshmukh house.

Later, Sharda will realise that Mandar has not lost his memory according to the upcoming twists of MHRW serial.

Let’s see if Pallavi also learns the truth or not in the upcoming story of Mehendi Hai Rachne Wali serial.

© Copyright tellybest.com, 2020, 2021. All Rights Reserved. Unauthorized use and/or duplication of any material from tellybest.com without written permission is strictly prohibited.
Cached Saved on: Thursday 20th of January 2022 11:30:47 AMCached Disp on: Friday 21st of January 2022 04:39:21 PM