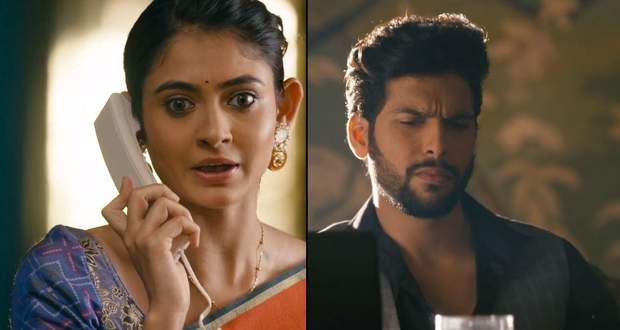 Up until now in Mehendi hai Rachne Wali story, Raghav knocks over Pallavi’s scooter, and all her raw materials get stained.

Meanwhile, they both get into an argument and Pallavi arrogantly responds to Raghav.

This angers Raghav and he burns all her raw materials.

Now as per the serial gossips of Mehendi Hai Rachne Wali, Pallavi will run into Raghav when he will be abusing an old man in public.

Pallavi will get angry and will slap Raghav for being rude to an elderly person.

But Raghav will not revolt against her as the people surrounding there will support her according to the latest twist of Mehendi Hai Rachne Wali.

Let's see what will be Raghav’s revenge in the future story of the Mehendi Hai Rachne Wali serial.