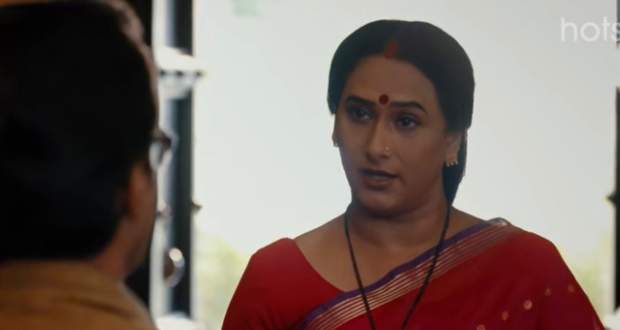 Mehendi Hai Rachne Wali Spoiler: Sharda gets out of danger

In the upcoming Mehndi Hai Rachne Wali episodes, Sharda will be operated on as she will be injured while later she will get out of danger.

So far in the MHRW story, Mandar acted as being sick while Pallavi was unable to attend Raghav’s award function.

Further, Sharda helped Pallavi in reaching Raghav’s house and they both reunited.

Now as per the gossips of Mehndi Hai Rachne Waali serial, Sharda will be attacked by Mandar as she will be investigating against him.

Sharda will get operated on and will soon get out of danger according to the upcoming twists of the MHRW serial.