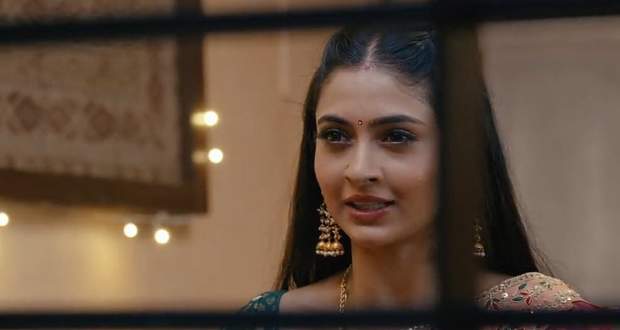 In the Mehndi Hai Rachne Wali upcoming serial episodes, Pallavi will find out Mandar's hidden intentions and will pair up with Raghav to take revenge.

The current story of Mehendi Hai Rachne Waali serial revolves around Mandar trying to kill Sharda at the hospital but Pallavi and Raghav come there and fail his plan.

Further, Sharda regains consciousness but the doctor reveals that her whole body below the neck is paralyzed due to major damage to the nerves.

Now as per the gossips of the MHRW serial, Pallavi will go to Sharda and will ask her if her falling from the terrace was an accident or was done deliberately by someone in their code language and will find out the truth.

Later, she will vow to take revenge on Mandar for hurting Sharda and will pair up with Raghav to form a plan to expose Mandar's ulterior motives according to spoilers of the Mehndi Hai Rachne Waali serial.

Let's see what will Raghav and Pallavi do next in the upcoming twists of Mehendi Hai Rachne Wali.

© Copyright tellybest.com, 2020, 2021. All Rights Reserved. Unauthorized use and/or duplication of any material from tellybest.com without written permission is strictly prohibited.
Cached Saved on: Monday 17th of January 2022 09:21:35 AM