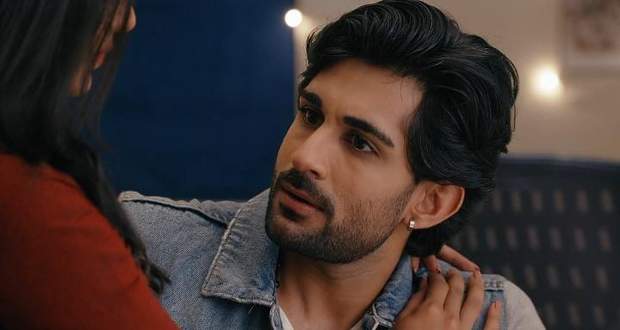 In the future Mehndi Hai Rachne Wali (MHRW) serial episodes, Sunny will follow Pallavi and will later inform Mandar that she and Raghav are together.

So far in Mehendi Hai Rachne Waali's story, Pallavi informed Amruta about Mandar's true intention and told her to not reveal his truth to anyone.

Further, she made plans with Amruta to meet Raghav and lied to Mandar that they are going to the parlour and left the house.

Now as per the upcoming story of Mehndi Hai Rachne Waali, Raghav will stop Sunny from following him and Pallavi and will rush towards the bathroom with her.

Sunny and Mandar will reach the bathroom and will bang on the door for Raghav to open the door while Raghav will manage to trick both of them according to the gossips of Mehendi Hai Rachne Wali.

Let's see what will Pallavi do next in the future spoilers of Mehendi Hai Rachne Wali (MHRW).

© Copyright tellybest.com, 2020, 2021. All Rights Reserved. Unauthorized use and/or duplication of any material from tellybest.com without written permission is strictly prohibited.
Cached Saved on: Thursday 27th of January 2022 03:10:42 PM