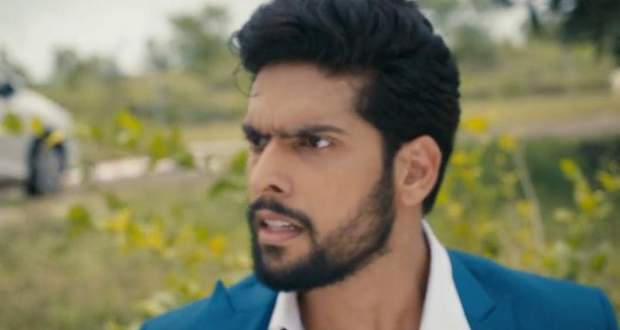 In the future episodes of Mehendi Hai Rachne Wali serial, Ved will threaten Raghav (Sai Ketan Rao) that he will reveal the truth of his relationship with Mandar to Pallavi (Shivangi Khedkar).

The current story of Mehendi Hai Rachne Wali revolves around Raghav accusing Sulochana of planting a bomb at the temple.

Afterward, in the latest episodes of Mehendi Hai Rachne Wali, Raghav went to the place written on the note and got shocked seeing Ved there.

Now as per the serial gossips of MHRW, Milind will show Mandar's picture to Raghav and he will be shocked to realize that he was Pallavi's first husband.

Further, Ved will call Raghav and will blackmail him saying that he is going to reveal the truth about Mandar to her.

Let's see if Raghav can stop Ved in the upcoming twists of Mehendi Hai Rachne Wali.

© Copyright tellybest.com, 2020, 2021. All Rights Reserved. Unauthorized use and/or duplication of any material from tellybest.com without written permission is strictly prohibited.
Cached Saved on: Wednesday 22nd of September 2021 11:19:04 PM