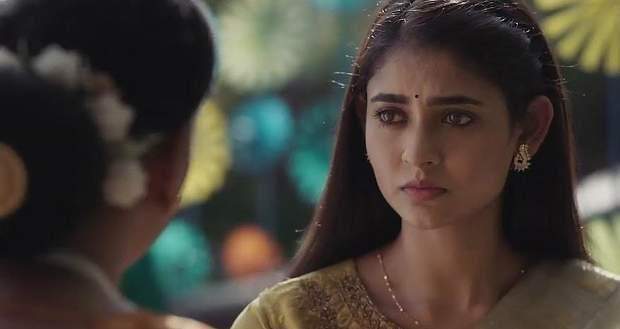 In the upcoming episodes of Mehndi Hai Rachne Waali serial, Pallavi (Shivangi Khedkar) will manage to find the proof of her evidence and will reveal it to everyone.

So far in MHRW story, Pallavi is accused of getting the abortion done and even Dr. Kanika has said that Pallavi is the one who got abortion.

However, it is later shown that Kanika was lying on someone order and that Pallavi is not the one who got the abortion done.

Meanwhile, Pallavi has announced that she will leave with her brother as no one trust her.

Now as per the serial gossips of MHRW Pallavi will come back home and will announce that she has the evidence of her innocence.

She will show everyone the blood reports done by a gynaecologist and will say that the abortion is not done by her but Sulochana will not believe her.

Let's see what will Pallavi do next in the future story of Mehndi Hai Rachne Waali (मेहँदी है रचने वाली). 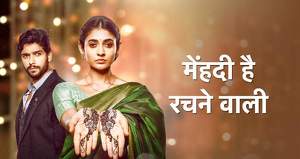 © Copyright tellybest.com, 2022, 2023. All Rights Reserved. Unauthorized use and/or duplication of any material from tellybest.com without written permission is strictly prohibited.
Cached Saved on: Wednesday 25th of January 2023 04:23:22 PMCached Disp on: Monday 6th of February 2023 07:02:11 PM