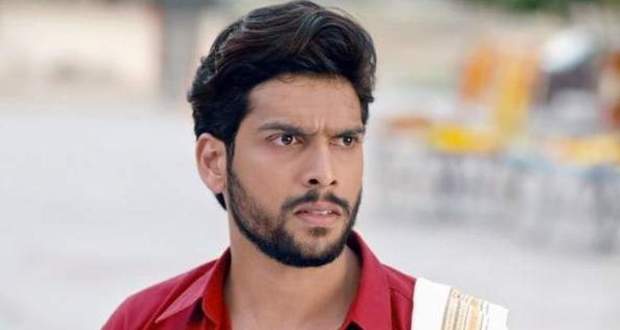 Mehendi Hai Rachne Waali: Raghav to find out that Lion is Ved and is in his house

In the upcoming episodes of Mehndi Hai Rachne Waali serial, Raghav (Sai Ketam Rao) will find out that Lion is none other than Ved and that he is in his house in a disguise.

The current story of Mehendi Hai Rachne Waali is revolving around Amruta getting drunk and reaching Raghav's house and creating a ruckus while he called Pallavi to take her away.

Further, he accidentally applied colour on Pallavi and apologised while Sulochana insulted her at home by saying that she purposefully went to Raghav's house.

Now as per the serial gossips of Mehendi Hai Rachne Waali, Pallavi will reach Raghav's house with Abhijeet while Raghav got suspicious of him.

He further went to his office and realised that he is none other than Ved who is his enemy Lion and is using Pallavi to artack him.

Later, Ved will put the gun on Pallavi while Raghav will tell him to leave her according to the spoiler alerts of Mehendi Hai Rachne Waali (मेहँदी है रचने वाली).

Let's see what will Raghav do next in the future story of MHRW.

© Copyright tellybest.com, 2022, 2023. All Rights Reserved. Unauthorized use and/or duplication of any material from tellybest.com without written permission is strictly prohibited.
Cached Saved on: Wednesday 23rd of November 2022 10:37:06 AMCached Disp on: Wednesday 7th of December 2022 12:28:14 PM