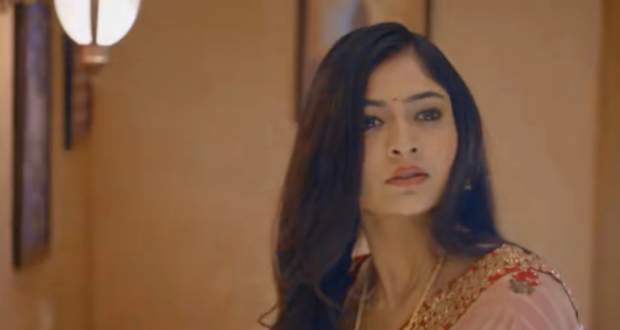 MHRW Spoiler: Pallavi to get late for Raghav’s award function

So far in Mehndi Hai Rachne Wali serial story, Mandar and Kirti made a plan and trapped Raghav.

Further, Pallavi was intoxicated by Mandar while Raghav reached on time to save her.

Now as per the serial gossips of Mehndi Hai Rachne Waali, Pallavi will be confused by Raghav’s anger and will decide to step back from Mandar’s treatment.

However, Mandar will create a scene while Pallavi will get late for Raghav’s award function according to the upcoming twists of the MHRW serial.

Let’s see if Pallavi is able to attend the function or not in the upcoming story of the Mehndi Hai Rachne Waali (MHRW) serial.