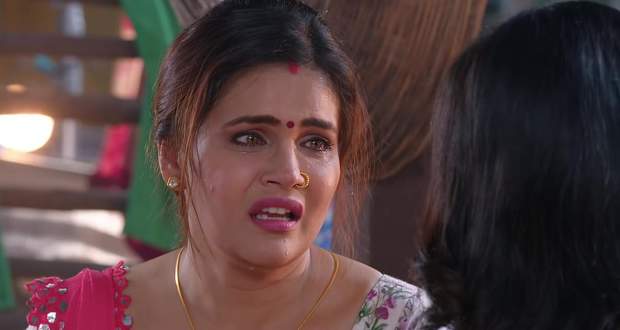 Molkki Gossip: Anjali reveals the relation between Satyam & her child to Purvi

In the upcoming Molkki serial episodes, Anjali will get shocked seeing Satyam and will reveal to Purvi that he is the father of her unborn child.

Up until now in Molkki's story, Satyam's mother disapproved of his alliance with Renu while he managed to win everyone's heart by saying that he is willing to leave his family to marry Renu.

Meanwhile, Anjali got surprised seeing Purvi as the driver who revealed that the driver helped her and that she gave her water instead of the Kaadha.

Now as per the upcoming twists of Molkki, Purvi and Anjali will reach the hospital where Anjali will get shocked seeing Satyam as Purvi introduce him as Renu's fiance.

However, Anjali will inform her that he is the father of her unborn child and that he is not a good man for Renu, according to the spoilers of the Molkki serial.

© Copyright tellybest.com, 2020, 2021. All Rights Reserved. Unauthorized use and/or duplication of any material from tellybest.com without written permission is strictly prohibited.
Cached Saved on: Thursday 20th of January 2022 10:37:48 PMCached Disp on: Friday 21st of January 2022 05:39:18 PM