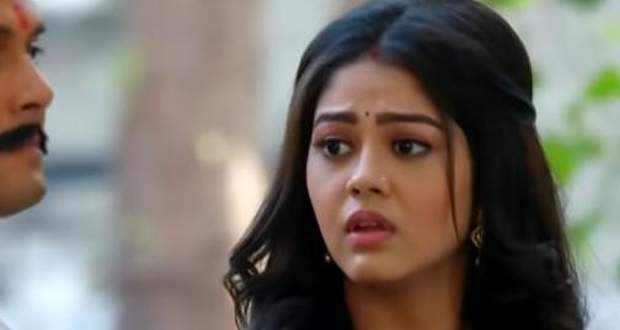 Molkki Gossip: Purvi gets upset with Virendra and Sakshi

In the upcoming Molkki serial episodes, Purvi will get upset at Virendra after seeing him with Sakshi in the bedroom while Sakshi will tell her to leave.

Up until now in Molkki's story, Arjun ran away with the money with Purvi trying to save Manas from the falling pillar.

However, at the hospital, the doctor informed the family that they need to do a bone marrow transplant and that the sibling should be younger than Manas while Sakshi said that she is ready to get pregnant again for Manas' sake.

Now as per the upcoming twists of Molkki, Sakshi will take Virendra to the bedroom and will be unbuttoning his clothes while Purvi will come there and will get shocked.

She will rebuke Virendra saying that he should have waited for her answer while Sakshi will say that they know what her answer is, according to the spoilers of Molkki.

© Copyright tellybest.com, 2020, 2021. All Rights Reserved. Unauthorized use and/or duplication of any material from tellybest.com without written permission is strictly prohibited.
Cached Saved on: Wednesday 19th of January 2022 02:06:54 PM