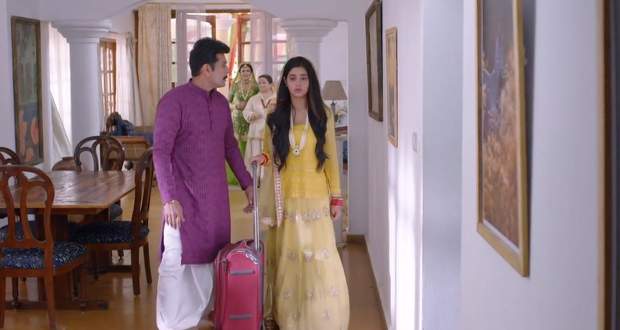 In the Molkki upcoming story, Purvi (Priyal Mahajan) will leave the haveli while Virendra (Amar Upadhyay) and the kids will try to stop her.

So far in Molkki's episodes, Virendra revealed the truth to Sakshi while she felt that her life has shattered.

Further, in the latest episode of Molkki, Purvi tried to console Sakshi who acted bitterly towards her and accused her of taking revenge.

Now as per the upcoming twists of the Molkki serial, Purvi will be leaving the haveli while the kids will try to stop her.

Sakshi will tell the kids that Purvi was just a guest but the kids will say that Purvi is their mother making the moment even sadder.

Purvi be determined to leave while Virendra will try to best to stop her from leaving.

Let's see if Virendra's efforts work in the serial gossips of Molkki serial.