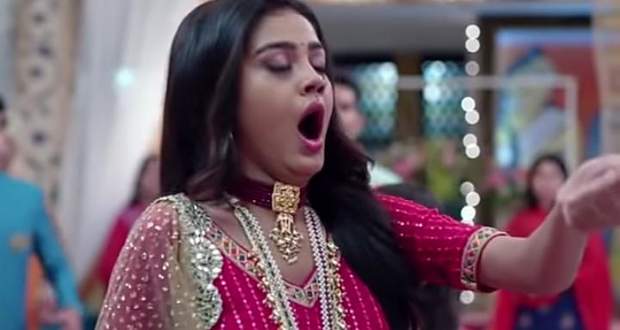 In the future episodes of Molkki serial, Purvi (Priyal Mahajan) will accuse Virendra (Amar Upadhyay) of breaking his promise and will slit her wrists.

So far in Molkki story, Purvi found out that Virendra bribed her father to stop the marriage and confronted him while he accepted what he did.

Further, she challenged him that she will apply haldi to Vipul with her own hands in front of him only.

Now as per the upcoming story of Molkki, Purvi will threaten Virendra that she will elope with Vipul if he tries to hinder her marriage.

She will make him promise to get the marriage to happen smoothly.

However, he will get jealous seeing Vipul dancing with Purvi and will slap him.

Purvi will accuse him of breaking his promise and will slit her wrists in front of everyone.

Let's see what will Virendra do next in the latest gossips of Molkki serial.