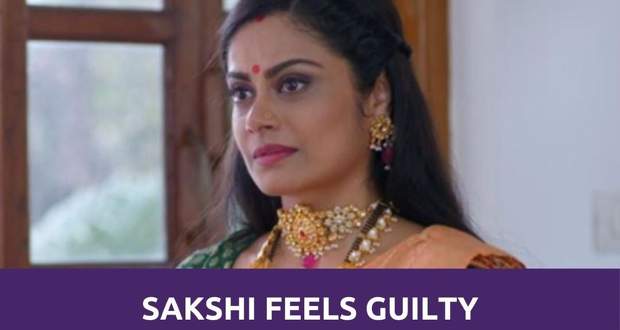 In Molkki serial's gossips, Sakshi will feel regretful for requesting Purvi (Priyal Mahajan) to leave the Haveli and will try to give her money and clothes.

Up until now in Molkki story, Virendra scolded Sakshi in front of everyone for not listening to Purvi and trusting her friend's words instead.

Further, in the recent episode of Molkki, Sakshi got angry and told Purvi to leave the Haveli and Virendra while Virendra looked on.

Now as per the future spoilers of Molkki, Sakshi will see Purvi interacting with the kids and will feel guilty for telling her to leave the Haveli as she is not wrong.

She will try to give money and clothes to Purvi but she will decline the offer after which they will share a hug.

Let's see if Sakshi changes her decision in the upcoming story of Molkki.

© Copyright tellybest.com, 2020, 2021. All Rights Reserved. Unauthorized use and/or duplication of any material from tellybest.com without written permission is strictly prohibited.
Cached Saved on: Thursday 27th of January 2022 03:07:47 PM