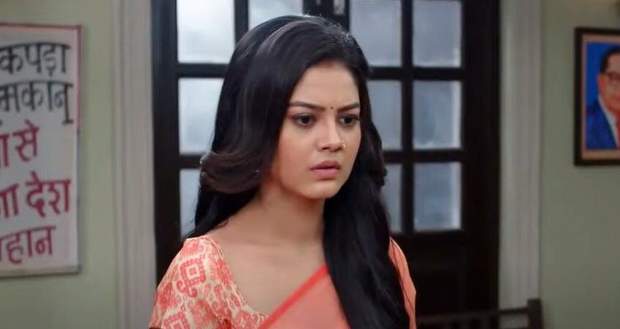 In the upcoming episodes of Molkki, Purvi will get stuck in a manhole while saving Manas from it.

So far in Molkki’s story, Vijendra is denied entry into the school as the school has been bought by the PDSS group.

He tries to frighten the guards with his gun and gets engaged in a fight, someone hits him with a rod on his head making him fall in pain.

On the other hand, Purvi gets called by the principal and is asked to clean the whole school as they have fired the cleaner.

Purvi still refuses to do the work and asks the principal to reveal her identity, she gets shocked to see that the principal is none other than Prakashi.

Now as per the gossips of Molkki, Purvi will see Virendra on her way out of the school and will rush to help him from the guards.

She will see Manas being trapped in a manhole filled with water and will jump to save him.

Purvi will succeed to save Manas but will get trapped inside, Virendra will try to pull her out but will let go of her hand due to severe pain in his head.

Purvi will fall back down in the manhole crying for help.

Let’s see if Virendra will be able to save Purvi in the upcoming episodes of Molkki.

© Copyright tellybest.com, 2022, 2023. All Rights Reserved. Unauthorized use and/or duplication of any material from tellybest.com without written permission is strictly prohibited.
Cached Saved on: Thursday 26th of January 2023 02:32:54 AMCached Disp on: Monday 6th of February 2023 06:01:55 PM