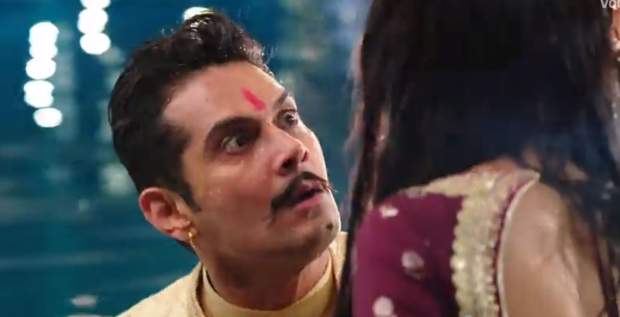 In the upcoming episodes of Molkki, Virendra will go to Daksh's house to meet Purvi.

The current story of Molkki revolves around Virendra knowing that Purvi is getting engaged to Daksh.

Now as per the serial gossips of Molkki, Virendra will come to the engagement venue to find Purvi. Purvi walks on the lawn when she accidentally falls in the swimming pool. Virendra runs towards her and saves her from drowning.

Both Virendra and Purvi get shocked looking at each other after they met, according to the upcoming story of Molkki.

Let us see how will be they react and what will be the consequence of this meet in the upcoming twists of Molkki.