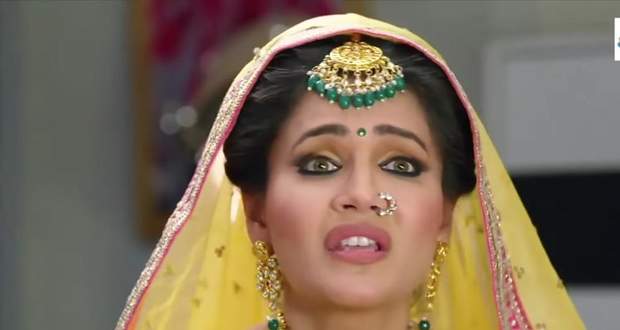 In the future Molkki serial episodes, Anjali and Prakashi will persuade Nani and will further spike Daksh's drink to instigate him against Purvi.

So far in Molkki story, Purvi regained her memories and got happy to see the kids while getting hurt being Daksh and Virendra's actions.

Further, she announces that she will live life her own way and look Juhi and Manas with her while Virendra tried to stop her but failed.

Now as per the upcoming twists of Molkki, Purvi will confront Prakshi and will tell her that she knows the wrongdoings she did to separate her and Virendra.

Further, Anjali and Prakashi will manage to persuade Nani saying that Virendra will not accept Purvi if he sees Daksh and her in the same bed and will further spike Daksh's drink.

Later, Daksh will enter Purvi's room in an intoxicated state while recalling Anjali saying that Molkki's are handled forcefully, according to the spoilers of Molkki.

Let's see what will Purvi do next in the future gossips of Molkki.