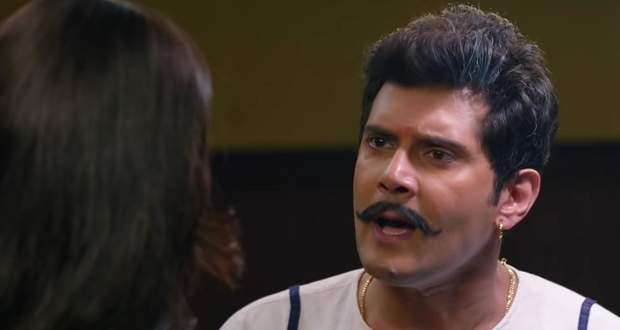 In the future Molkki serial episodes, Juhi and Manas will bring Arjun to their house while Prakashi will click their picture and will instigate Virendra against them.

Up until now in Molkki story, Purvi went to the school to pick up kids but got tensed after finding out that they left early.

Further, she saw the kids with Arjun happily enjoying the fair and joined them for the kid's happiness while Virendra saw them on his way to court to sign some papers and got jealous.

Now as per the serial gossips of Molkki, Juhi and Manas will bring Arjun and his luggage in the haveli and will inform that they have invited Arjun to stay with them.

Further, Prakashi will click a picture of Arjun and Purvi in a compromising position and will show it to Virendra in the jail to instigate him against Purvi, according to the spoilers of Molkki.

© Copyright tellybest.com, 2020, 2021. All Rights Reserved. Unauthorized use and/or duplication of any material from tellybest.com without written permission is strictly prohibited.
Cached Saved on: Wednesday 13th of July 2022 07:30:15 AMCached Disp on: Thursday 11th of August 2022 04:15:14 AM