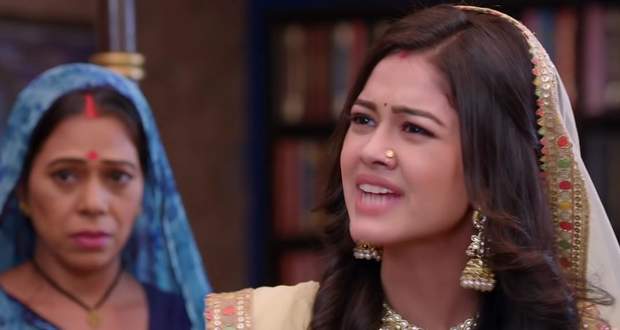 In the future Molkki serial episodes, Purvi will bail out Mahesh after learning the truth from her mother while Virendra will get angry at her.

Up until now in Molkki's story, Sakshi bribed Mahesh to lie that Purvi was the one who told him to leave Renu at a brothel but Virendra refused to believe her.

Further, Sakshi threatens Purvi's mother to convince Purvi to bail out Mahesh to save her son.

Now as per the serial gossips of Molkki, Purvi's mother will request her to bail out Mahesh to save her brother while Purvi will be shocked hearing it.

However, Purvi will bail out Mahesh who will come to the haveli and will do drama leading to Virendra getting angry at Purvi for bailing him out, according to the spoilers of Molkki.

© Copyright tellybest.com, 2020, 2021. All Rights Reserved. Unauthorized use and/or duplication of any material from tellybest.com without written permission is strictly prohibited.
Cached Saved on: Friday 3rd of December 2021 02:43:31 AMCached Disp on: Monday 6th of December 2021 12:55:39 AM