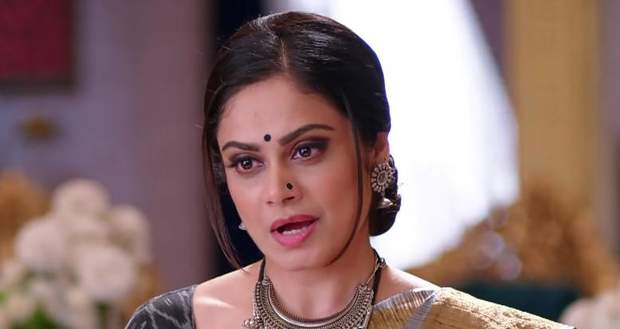 In the future Molkki serial episodes, Purvi and Sakshi will return after meeting the lawyer while Sudha will inform them that Juhi and Manas are missing.

Up until now in Molkki story, Sakshi revealed to Purvi the reason for her leaving Rewari and told her that she will help her prove Virendra innocent.

Further, Sakshi brought Purvi back into the haveli and kicked out Anjali while Prakashi got a heart attack shocking everyone.

Now as per the serial gossips of Molkki, Purvi and Sakshi will go to meet the lawyer wnd give him 5 lakhs but he will refuse to fight Virendra's case saying that he is sure it's an open and shut case after studying it.

Sakshi and Purvi will return to Rewari and will get confused to see the ladies of NGO running around while Sudha will inform them that Juhi and Manas are nowhere to be found, according to the spoilers of Molkki.

Let's see what will Sakshi and Purvi do next in the upcoming twists of Molkki.