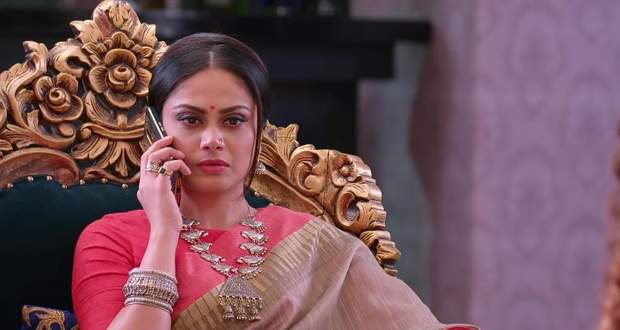 In the future Molkki serial episodes, Sakshi will send her servant spy after Purvi and will learn that she is meeting up with a man regarding the money.

The current story of the Molkki serial is revolving around Purvi taking the money from the haveli's locker and lying to Virendra that she has given it to Sudha's NGO.

However, Sudha says that Purvi hasn't given the money to the NGO and later Virendra confronts Purvi who is saved by Sudha lying that she didn't know about Purvi giving charity to the NGO.

Now as per the serial spoilers of Molkki, Sakshi will overhear Purvi talking to someone on a call about meeting in the market and will send her servant spy after her.

Further, Renu and Virendra will also go to the market where they will see Purvi talking to a man and will go towards them, according to the gossips of Molkki.

© Copyright tellybest.com, 2020, 2021. All Rights Reserved. Unauthorized use and/or duplication of any material from tellybest.com without written permission is strictly prohibited.
Cached Saved on: Thursday 20th of January 2022 04:03:45 AM