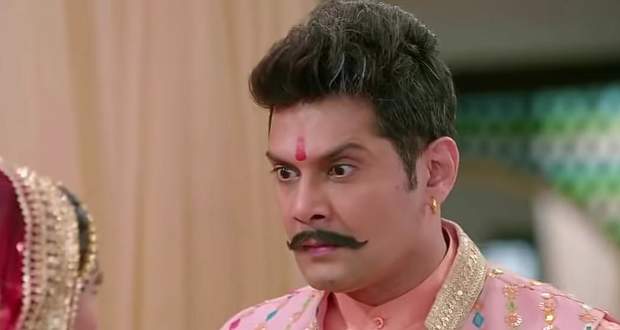 In the upcoming Molkki serial episodes, Virendra will agree to marry Sakshi to save Purvi while Arjun will hold Purvi at gunpoint.

The current story of the Molkki serial is revolving around Purvi learning Sakshi's truth and trying to escape from her and Arjun but failing as they capture her.

Meanwhile, Virendra has found out that Manas does not have any deadly health condition and that Sakshi is behind all the attacks as she told him to marry her to save Purvi.

Now as per the spoilers of Molkki, Virendra will warn Sakshi to not address the kids as her own while she will tell him to choose wisely if he wants to save Purvi by marrying her or not.

He agrees to marry her and takes rounds around the holy fire while Purvi is seen struggling in the video call as Arjun tortures her, according to the gossips of Molkki.

© Copyright tellybest.com, 2020, 2021. All Rights Reserved. Unauthorized use and/or duplication of any material from tellybest.com without written permission is strictly prohibited.
Cached Saved on: Monday 17th of January 2022 10:23:37 PM