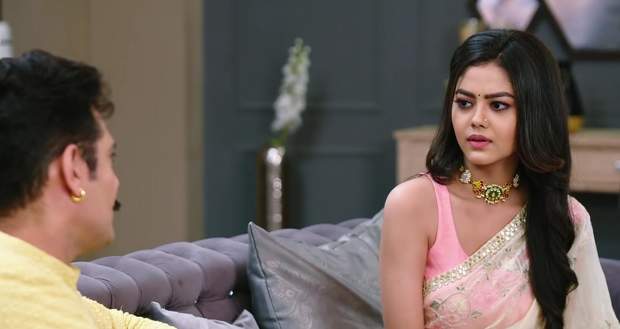 In the future Molkki serial episode, Virendra will apologize to Purvi while Nani will find out about Daksh and Dhwani's drama.

The current story of the Molkki serial revolves around Virendra comforting Purvi while she falls unconscious due to the stress on her brain.

Further, the doctor told them to not try to pressure Dhwani into remembering her past as it might badly affect her health making Virendra realize that she has forgotten her past.

Now as per the upcoming twists of Molkki, Virendra will apologize to Purvi for behaving weirdly with her while she will tell him that she understands she looms like his late wife as she talked to his son Veer the other day.

Meanwhile, Nani will find out that Daksh and Dhwani are doing a drama of getting engaged to her and will plan to get them married for real, according to the serial gossips of Molkki.

Let's see what will Nani do to put forward her plan in the future spoilers of Molkki.