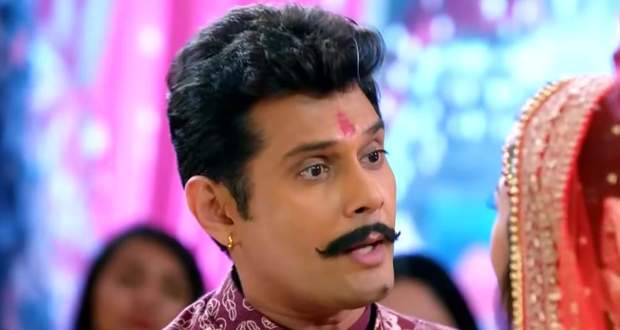 In the future Molkki serial episodes, Virendra will accidentally shoot Daksh on the chest instead of an arm and will further get arrested for murder.

Up until now in Molkki story, Daksh got intoxicated and further tried to molest Purvi while Virendra found out about the situation and rushed there.

Further, Nani found out that it is all Anjali and Prakashi's plan and warned them that they will be punished if anything happens to Daksh.

Now as per the serial spoilers of Molkki, Virendra and others will manage to get inside the room and he will point the gun towards Daksh while he will refuse to let go of Purvi.

Virendra will aim towards Daksh's shoulder and will shoot but will get shocked to see Daksh getting shot near the heart and him dying while the police will arrest him, according to the gossips of Molkki.