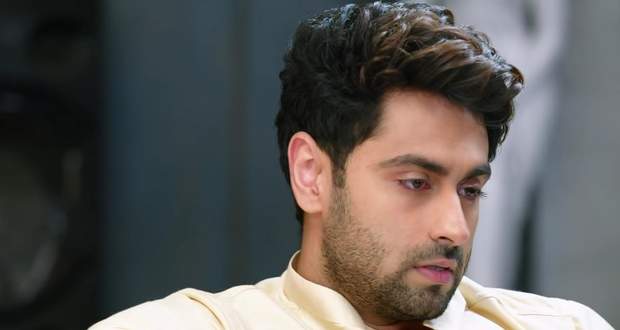 Molkki Upcoming Story: Virendra gets into a fight with Daksh

In the future Molkki serial episodes, Virendra will get furious seeing Daksh trying to force himself on Purvi and will get into a violent fight with him.

The current story of the Molkki serial revolves around Purvi announcing that she will not stay with Virendra or Daksh while she fell unconscious and was taken to a room to rest.

Further, Virendra convinced her to eat and fed her while Nani, Anjali and Prakashi instigated Dalsh against Purvi saying that she is just greedy for money and used him.

Now as per the serial gossips of Molkki, Anjali will spike Daksh's drink and he will further go to Purvi's room and will lock the door.

He will try to force himself on her while Virendra will find out about it by looking through the glass panel and will get inside the room by firing at the doorknob and will start thrashing Daksh, according to the spoilers of Molkki.

Let's see what will Virendra do next in the upcoming twists of Molkki serial.

© Copyright tellybest.com, 2020, 2021. All Rights Reserved. Unauthorized use and/or duplication of any material from tellybest.com without written permission is strictly prohibited.
Cached Saved on: Thursday 20th of January 2022 10:41:19 PMCached Disp on: Friday 21st of January 2022 04:18:03 PM