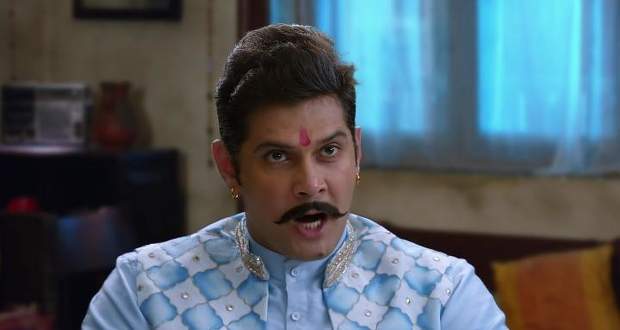 In the future Molkki serial episodes, Virendra will find out that Purvi is the one who helped with Nandini and Aarav's wedding and will get upset with her.

Up until now in Molkki story, Purvi went to Charansingh's house and informed them to change the wedding venue to prevent Virendra from stopping the marriage.

Further, in the last episode of Molkki, Virendra returned home and got worried seeing no one present while Purvi reached the wedding to-do Nandini's Kanyadaan.

Now as per the serial gossips of Molkki, Virendra will get a call from Chauhansingh who will inform him that it is Purvi who help them with the wedding being a success and will show Purvi doing the Kanyadaan.

Later, Virendra will get angry at Purvi for betraying him and will tell her that they will sleep separately from now on making her upset.

Let's see if Purvi can convince Virendra to forgive her in the upcoming twists of Molki.