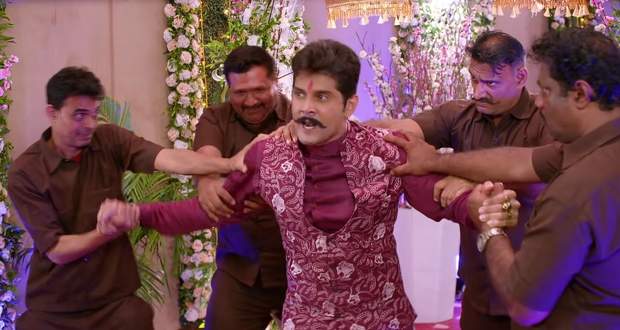 In the future Molkki serial episodes, Virendra will try to hijack Purvi and Daksh's wedding while Purvi will get shocked seeing her marriage tape on the screen.

The current story of Molkki serial episodes revolves around Daksh talking to Virendra while Nani tells Purvi that she disrespected them by being close with Virendra.

The next morning, Daksh informed Virendra that they are going to Delhi to get married as his cousins from London have come there.

Now as per the upcoming twists of Molkki, Virendra will leave for Delhi to stop Purvi's marriage while Priyashi will also hide in the car and will reach Delhi.

Further, the guards will stop Virendra from entering the venue while Purvi and Daksh will get shocked to see a tape of Virendra and her getting married, according to the spoilers of Molkki.

Let's see what will Purvi do next in the future gossips of Molkki.