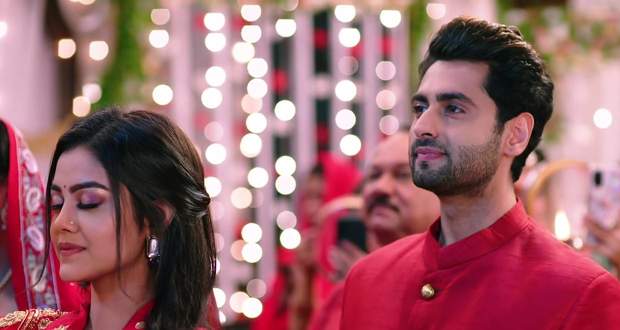 In the future Molkki serial episodes, Purvi will perform the Karvachauth rituals with Daksh and Virendra will witness it.

Up until now in Molkki story, Virendra decided to keep fast for Purvi and planned to be the one to break her fast instead of Daksh.

Further, Nani acted of getting a heart attack and told Virendra to take her to the hospital while Purvi and other ladies prepared for Karvachauth.

Now as per the serial gossips of Molkki, Purvi and other ladies will be at the terrace of the haveli waiting for the moon to start the ritual for breaking the Karvachauth fast.

Everyone will start performing the rituals of seeing the moon along with Purvi while Virendra will be witnessing them from afar when suddenly Purvi will get slapped by Priyashi, according to the spoilers of Molkki.