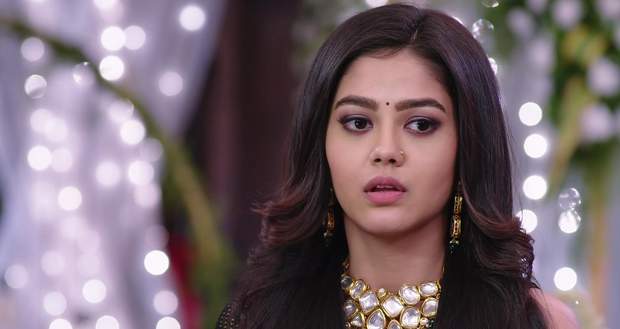 Molkki Upcoming Twist: Purvi remembers a glimpse of her past

In the future Molkki serial episodes, Purvi will see Virendra and will remember a glimpse of her past after which she will run after him.

Up until now in Molkki story, Purvi agreed to help Daksh and pose as his fiancee while thinking if he has feelings for him or not.

Meanwhile, Virendra left the party due to a call from Prakashi and later scolded Juhi and Manas for creating a disturbance and announced that they will be staying in a hostel in Delhi.

Now as per the upcoming story of Molkki, Purvi will be doing some work in the makeup room when she will see Virendra and will start getting a glimpse of her past.

She will rush after Virendra to talk to him amidst all the crowd and will finally manage to reach him according to the gossips of Molkki.

Let's see if Purvi can talk to Virendra in the future spoilers of Molkki.