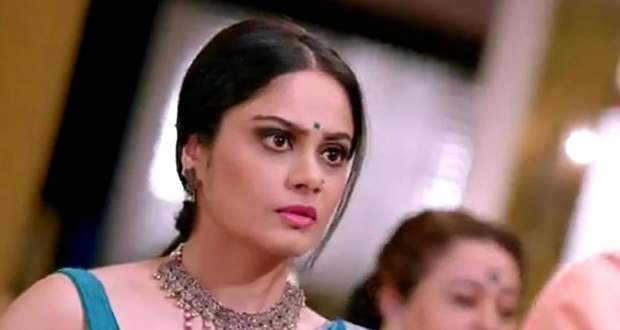 In the future Molkki serial episodes, Sakshi will blame Prakashi and Anjali for bribing Bhola and Govind jeweler.

Up until now in Molkki's story, Purvi found the truth against Sakshi and informed Virendra of it while telling him that they need proof against her first.

Meanwhile, Sakshi meets up with the jeweler and found out that Purvi is investigating her and planned a ploy to save herself.

Now as per the serial spoilers of Molkki, Virendra will question Sakshi while she will feign innocence and will question Bhola who will take Prakashi and Anjali's name saying that they bribed him to take Sakshi's name.

Further, Govind Jeweler will also lie that Sakshi gave her bangles to his brother for polishing and that Prakashi ordered him to make a copy of them while flashback will show Sakshi bribing both of them to lie, according to the gossips of Molkki.

Let's see what will Sakshi do next in the upcoming story of Molkki.